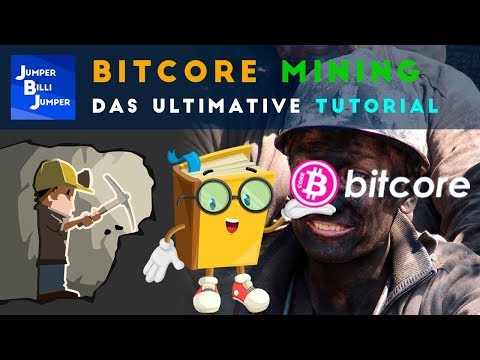 
SwapSpace team is always ready for discussion. You can drop an email about your suggestions and questions to [[email protected]](mailto:[email protected]) Join our social networks: Twitter, Medium, Facebook The best rates on https://swapspace.co/ Why is SwapSpace https://blog.swapspace.co/2019/09/17/why-is-swapspace/


SwapSpace team is always ready for discussion. You can drop an email about your suggestions and questions to [[email protected]](mailto:[email protected]) Join our social networks: Twitter, Medium, Facebook The best rates on https://swapspace.co/ Why is SwapSpace https://blog.swapspace.co/2019/09/17/why-is-swapspace/

In case you missed it: Major Crypto and Blockchain News from the week ending 12/14/2018

Some of these issues were raised briefly in today's AMA with Haipo Yang, founder and CEO of ViaBTC:
Mining vs non-mining nodes
https://np.reddit.com/btc/comments/5ddiqw/im_haipo_yang_founder_and_ceo_of_viabtc_ask_me/da3wszm/


What do you think of the influence of non-mining node operators under Bitcoin Unlimited's model for voting on maximum block size? Do you think that non-mining nodes signaling for a certain size would truly motivate miners to not exceed that size?


I believe that with the Bitcoin Unlimited method, the influence of non-mining nodes on the block size is very limited.


Are you using the Bitcoin FIBRE relay network bitcoinfibre.org?


~ u/core_negotiator (Note: This person is not a "Core negotiator". There is no such thing.)


No, we use our own system [which was] developed by myself. It is much better.


[Have you] Thought about having that incorporated into BU (even giving access to BU miners)? I ask because looking at some of your pool's first-job times, it looks your system is quite impressive and it'd be a massive slap in the face for core's RN et al


I am very happy that other pool would like join our network.


Why don't you open source it to help improve the network?


haha so when will you open source it?


~ u/yeh-nah-yeh
 Should we be concerned that ViaBTC will have a lot of hashing power - and they will be using a private, close-source relay network?
There is probably a lot of discussion we could have on this topic.
I like ViaBTC - but it seems strange that he did not address this point very much in his AMA.
Are we going to have to "trust ViaBTC" now and "trust" their closed-source private relay network software?
This seems like this would be a point of centralization / vulnerability in the network - where ViaBTC could abuse his power, or other players could attack ViaBTC, and harm Bitcoin itself.
 How does BU "signaling" work - in a non-mining (fully-validating) node, vs a mining node.
One question quoted above from the AMA was:


Do you think that non-mining nodes signaling for a certain size would truly motivate miners to not exceed that size?


I understand there are multiple parameters involved in "signaling":
(Are there other parameters too? I can't remember.)
Here is a Medium post by ViaBTC where he proposes some strategies for setting these parameters, in order to safely hard fork to bigger blocks with BU:
Miner Guide: How to Safely Hard Fork to Bitcoin Unlimited
https://medium.com/@ViaBTC/miner-guide-how-to-safely-hard-fork-to-bitcoin-unlimited-8ac1570dc1a8#.akijaiba7
Could we have some more discussion on how "signaling for" blocksizes works - under various possible future scenarios (optimistic / pessimistic... likely / unlikely / black-swan)?
 There are various future scenarios (after the network has eventually / presumably forked from Core to BU) where people could use BU's parameters to realize certain results on the network.
(1) What are some of those future scenarios?
(2) What are some possible (typical, atypical... benevolent, malicious... altruistic, selfish... defensive, proactive... pessimistic, optimistic ) BU parameter-setting strategies which people might adopt in those scenarios?
(3) Can we start putting together a comprehensive strategic "threat (and opportunity) assessment" on those various possible future scenarios / strategies - ranking various threats (and opportunities) in terms of impact as well as probability?
(4) A lot of the discussion about BU is among miners - mostly in China - and maybe later many miners will be using the ViaBTC pool - which is also offering a cloud mining option... so perhaps it is normal & expected that most of the discussion about BU parameters revolves around miners.
(5) Does BU give miners "all the power" - and so blocksize goes to 2 MB, 4 MB, 8 MB - and then some users from low-bandwidth geographic regions can no longer run full nodes at home?
(6) If we have a period of 1-2 weeks where "bigger blocks" get mined (eg, 2 MB, or 4 MB), and then we decide we don't like it, can everyone "signal for" smaller blocks after a couple of weeks of bigger blocks? Can the chain reverts to a smaller blocksize, after a brief, one-week "bulge" of bigger blocks?
(7) If we have an isolated incident where a single very-big block gets appended to the chain & accepted to a sufficient depth (say, an 8 MB block or a 32 MB, that some miner somehow managed get accepted on the chain)
(8) Remember BitPay Adaptive Blocksize? One of the nice things about it was that its consensus-forming mechanism was based on taking a median of what people were signalling - and the median is a more robust statistic (harder to fake/sybil?).
Can any ideas from BitPay Adaptive Blocksize (eg, using the median) be incorporated into Bitcoin Unlimited?
 These are just some initial questions.
Other people probably have many more.
Hopefully we can have some good discussion and analysis, so we can keep the network safe & growing.